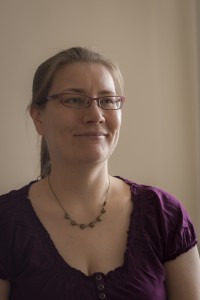 I moved from Finland to study recorder and traverso at the Utrecht Conservatory. When severe pain in my right wrist forced me to stop playing music for six weeks, I looked for help. My Alexander Technique teacher showed me how my habit of pulling my shoulders in while playing caused unnecessary tension in my arms and pain in my wrist, and how to stop this harmful habit.

Not only was the problem solved, I also learned what to do when the tension and pain tried to creep back in!

Later I discovered that the lessons were having a positive effect on my breathing, and helped me cope with stage fright.

Also, improving my ability to concentrate, coordination and balance has been a great advantage in practicing my other big interest, the martial art of Aikido. The technique offered so many possibilities that I finally decided to train to become a teacher.

I find the Alexander Technique fascinating because it is based on the understanding that body and mind are one whole. Every thought has, even though very subtle, physical consequences and the other way around, physical tension or unbalance influences our way of thinking and our emotional state. In the lessons the student and I explore this subtle interaction together. The simplest movements can become very exiting when you start to look closely at all that happens in your head already before making the movement! The goal of the technique is to teach the student to consciously look at her/himself and to learn to consciously makes changes. In the end the student learns to solve problems themselves in this way. It also makes life simply more interesting when you start to become more conscious of your own reactions to the demands that your surroundings make on you.